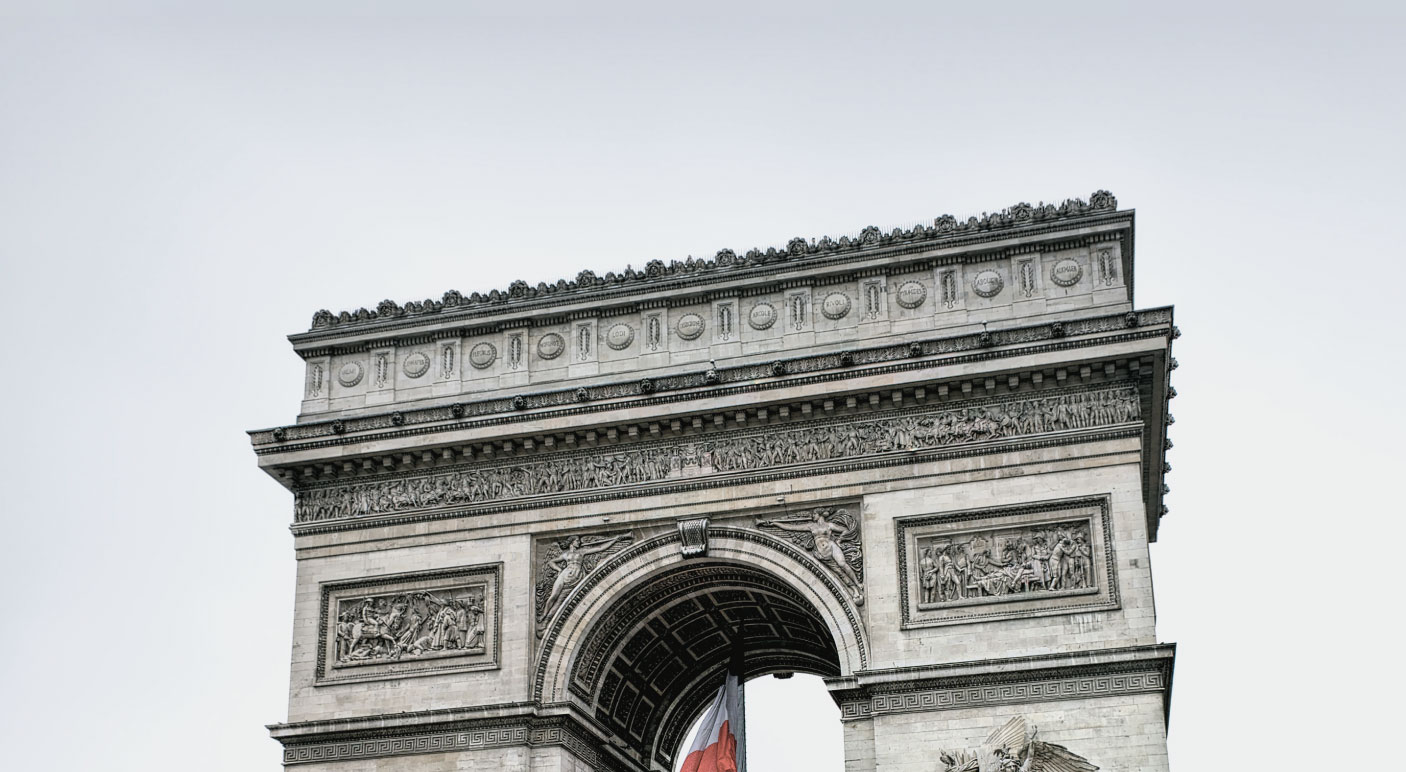 Beyond the snowy peaks of the French Alps and the pink salt flats of Camargue, France is replete with historical wonders waiting to be explored. Be sure to check out these man-made marvels on your next trip to the land of l'amour! 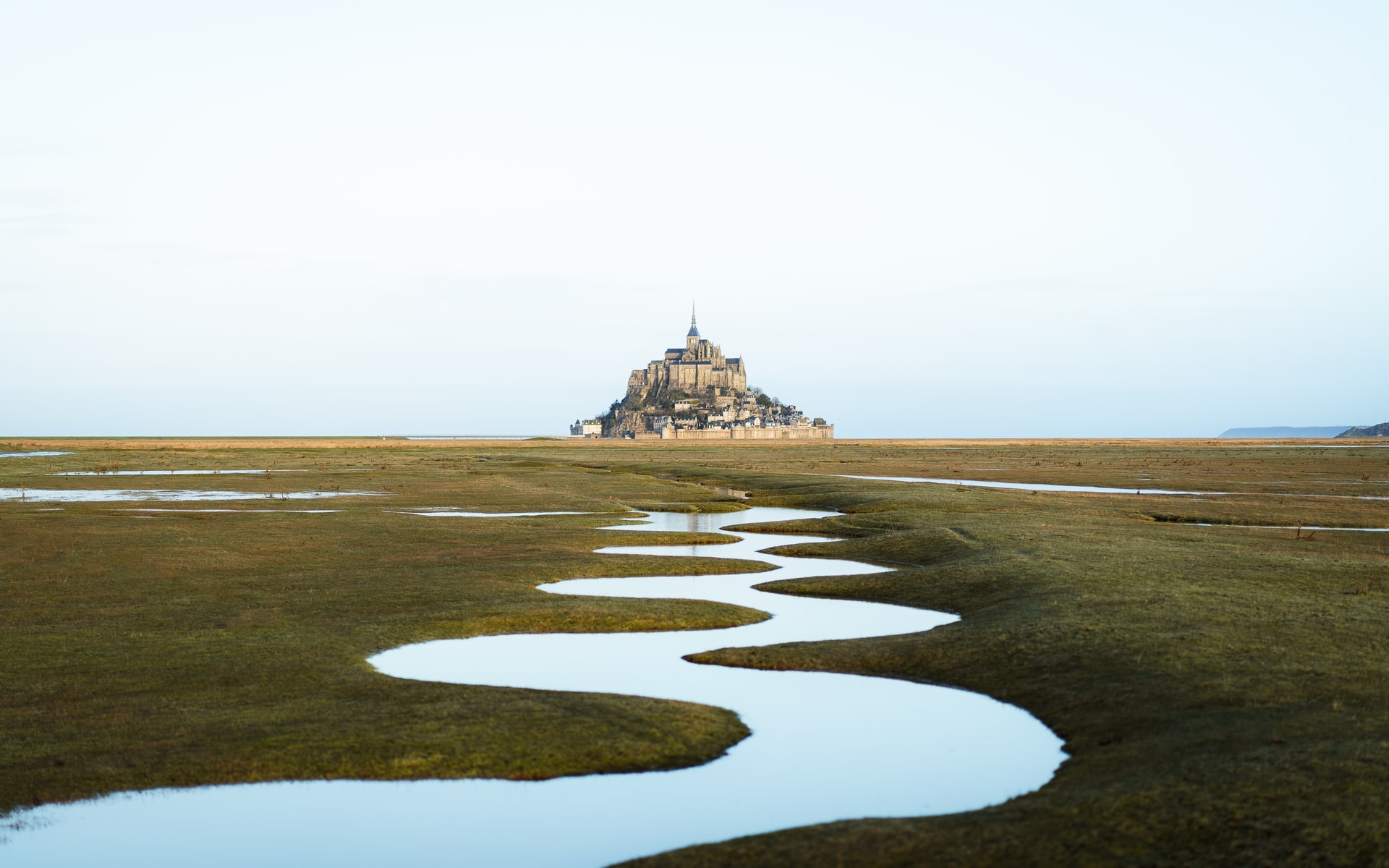 Perched on a tidal island situated on the border of the Brittany and Normandy, Mont Saint-Michel is a medieval village set in a spellbinding landscape. Believe to have seen archangel Saint-Michel in his dream, the Bishop of Avranches founded the town as a tribute to the celestial being, which over time grew into a place of worship, prayer, and pilgrimage. Due to its strategic location and the valuable relics within its walls, Mont Saint-Michel was under constant threat. Despite being France’s third most popular tourist site, the town is an actual home to a handful of inhabitants, including monks and nuns who reside in the Abbey.

Due to the ever-changing tides, one visit might be a vastly different experience from another. Under the right light when tides are high, Mont Saint-Michel seems to hover on the surface while connected at the foundation to its mirror reflection in the water. Visitors looking to admire the landmark from a different vantage point should visit when the tides are low.

Be sure to check out the Abbey of Mont Saint-Michel, an 8th-century Gothic monument that comprises historical sites such as the “Aumonerie”, a dormitory for pilgrims in the 13th century, the Knight’ Hall where noble knights were received, and the most magnificent of all, the Abbey Church.

What to see: The Abbey of Mont Saint-Michel, Grand Rue, The Rampart 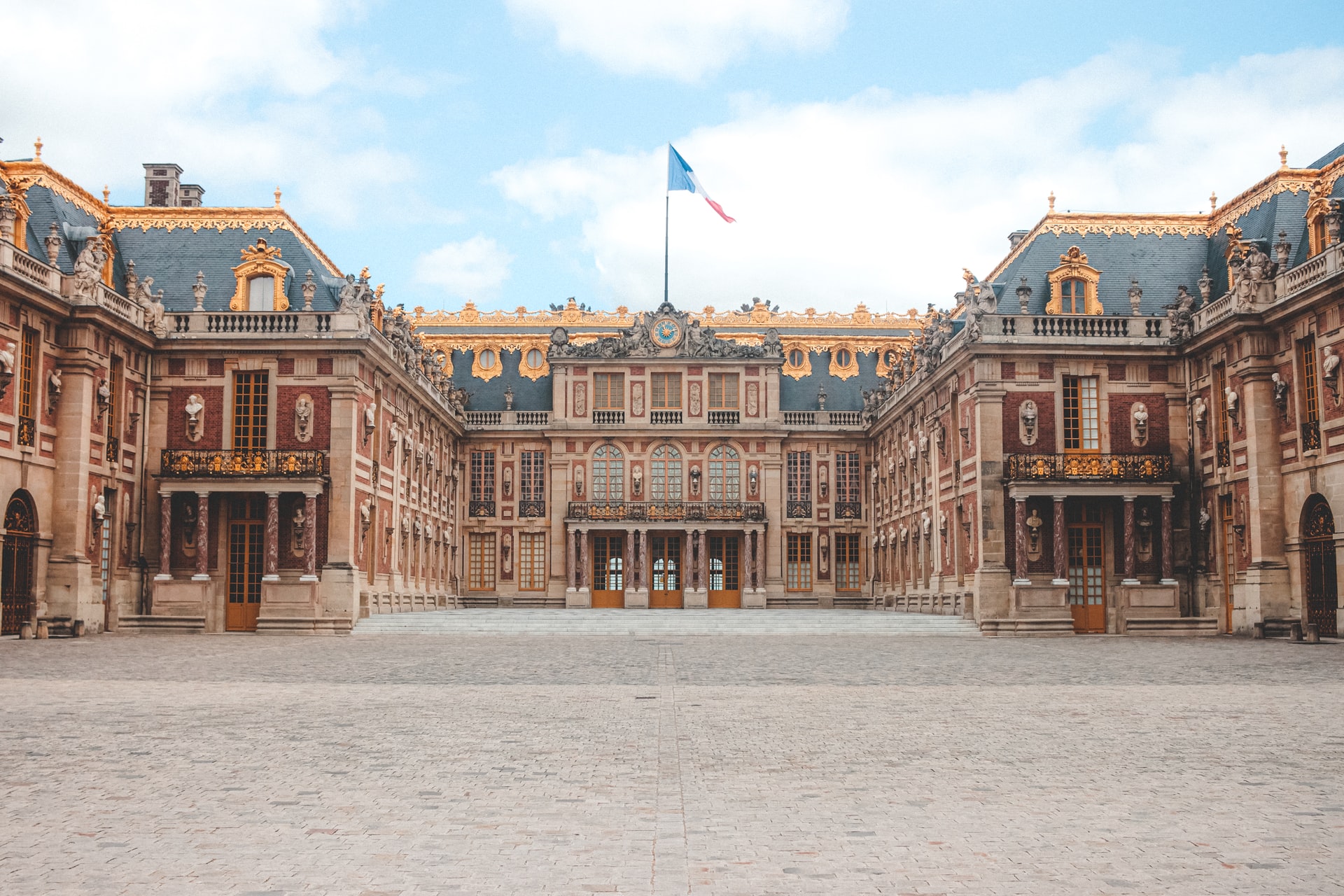 Former French royal residence and centre of government, the Palace of Versailles is a national landmark located in the city of Versailles. Originally a hunting pavilion for Louis XIII in the 17th century, the residence was later transformed into an extravagant complex to demonstrate the king’s power over nature, earning it a spot on the UNESCO World’s Heritage List.

In 1837, after the French Revolution had driven Louis XVI out of Versailles, the residence was converted into the Museum of the History of France that's devoted to housing precious collections of paintings and sculptures that had marked the history of France.

Be sure to check out the Hall of Mirrors, an expansive hallway displaying the political, economic, and artistic success of France through the 30 painted compositions on the vaulted ceilings. For visitors looking to learn more about the military victories that led to the peace treaties of Nijmegen, the War Room is a must-visit. Designed to anchor the gaze of every visitor, the oval stucco bas-relief of Louis XIV trampling his enemies on horseback hangs unabashedly on the wall as a stark depiction of the country’s military might over its enemies.

What to see: Hall of Mirrors, The War Room, The Peace Room 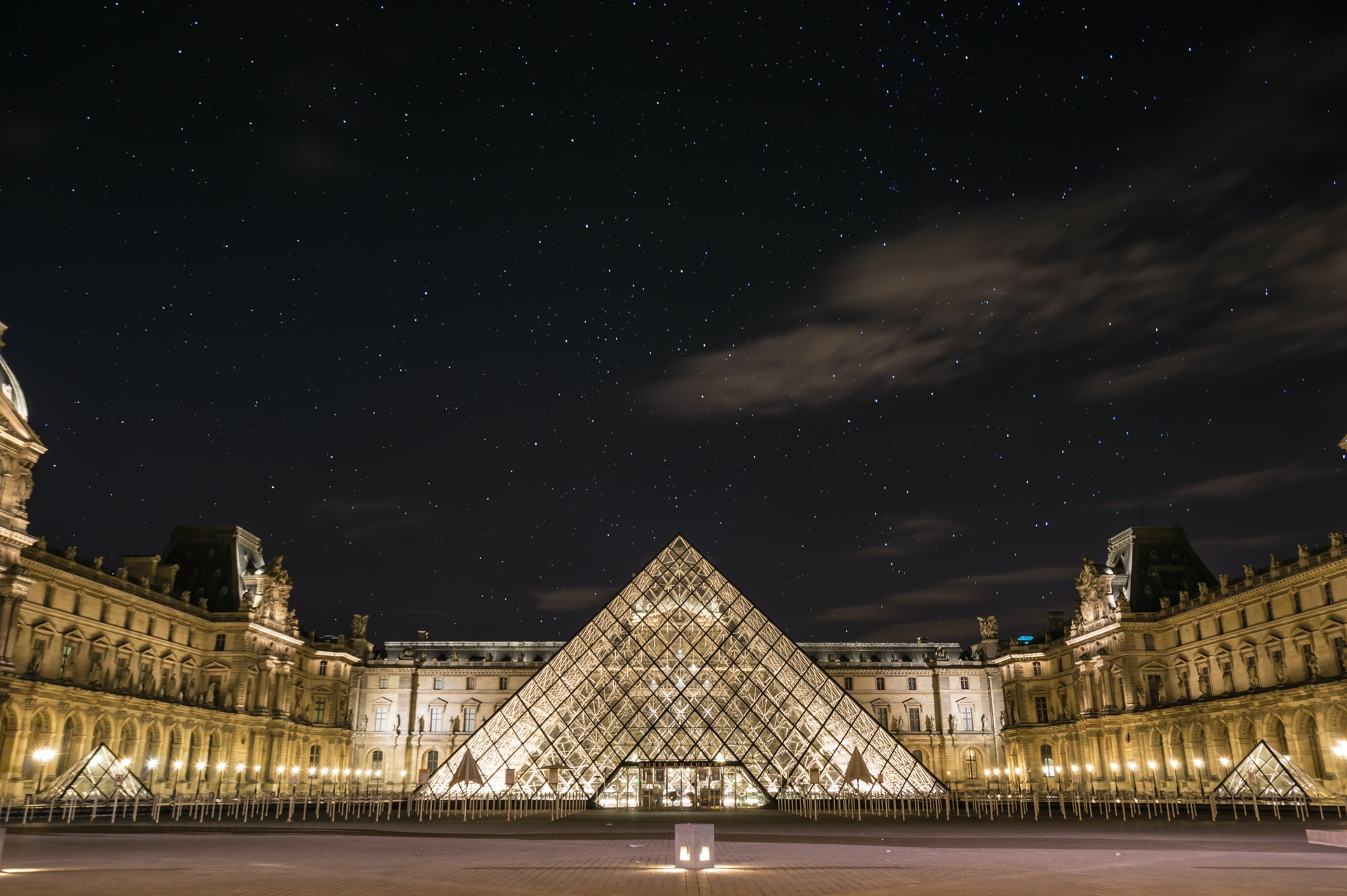 Home to masterpieces like the Mona Lisa and Venus de Milo, a tour of the Louvre Museum is a crash course in Western Civilization’s history and the works of its finest artists. Situated below the grounds of Louvre Palace, the glass pyramid marking the entrance of the museum has become a global symbol of priceless art.

Housing the world’s largest collection of art pieces over 652,300 square feet, the museum is divided into eight distinct departments: Near Eastern Antiquities, Egyptian, Greek, Etruscan and Roman Antiquities, Islamic Art, Sculptures, Decorative Arts, Paintings, and Paints and Drawings. While a treasure trove of art and culture, the museum’s storied past is rifled with controversy as many artworks were acquired from plundering countries conquered under Napoleon I.

Opened in 1793, Louvre Museum is the world’s most visited museum with up to 15000 visitors a day. Due to the immensity of the collection, it’s said that if you spend 30 seconds on each artwork, it will take you roughly 200 days to complete the entire viewing.

What to see: The Mona Lisa, Great Sphinx of Tanis, Venus de Milo 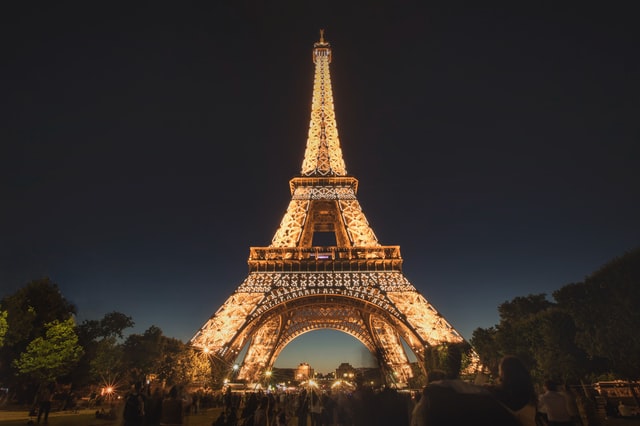 Designed by Gustave Eiffel as an entrance arch for the 1889 World’s Fair in marking the 100th year anniversary of the French Revolution, the Eiffel Tower was a symbol of French technological prowess. Construction of the iconic landmark took 2 years, 2 months and 5 days, an indisputable achievement that cemented France as a titan of the industrial era.

The tower consists of three different sections at three different heights. 189 feet above the ground is the first level, which includes an observation area, souvenir shops, and restaurant 58 Tour Eiffel. The second level, at 379 feet, includes another observation area, a macaroon bar, and the famous one-michelin star restaurant, Le Jules Verne. The top level, at 905 feet, boasts a panoramic view of the Paris skyline, a champagne bar, and the former office of Gustave Eiffel.

It’s interesting to note that while globally recognized as an architectural beauty, the wrought iron lattice tower was once deemed a “useless monstrosity” by reputable french intellectuals and artists who opposed and petitioned against the project with great vehemence.