5 Cities You Can Drive To From Singapore 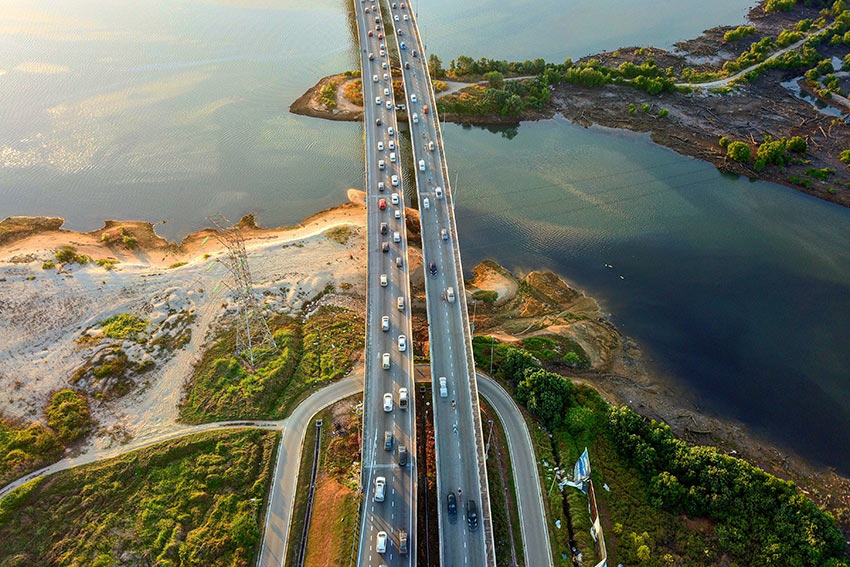 Weekend getaways have become somewhat a favourite national pastime for many Singaporeans. With some of our neighbours being in lockdown at the moment, let's take a moment to recall the good times and to plan ahead for our next trip out. Against the backdrop of great tasting food and spectacular sceneries that lie beyond the borders, crossing the customs is just a minor price most travellers are eager to pay.

Beyond just Malaysia, the neighbouring countries of Cambodia, Thailand, and Vietnam are filled with hidden gems and lesser known cities that make opportunities for exciting road trips, for when it's safe to do so!

Hence, here are 5 underrated cities you can drive to from Singapore! 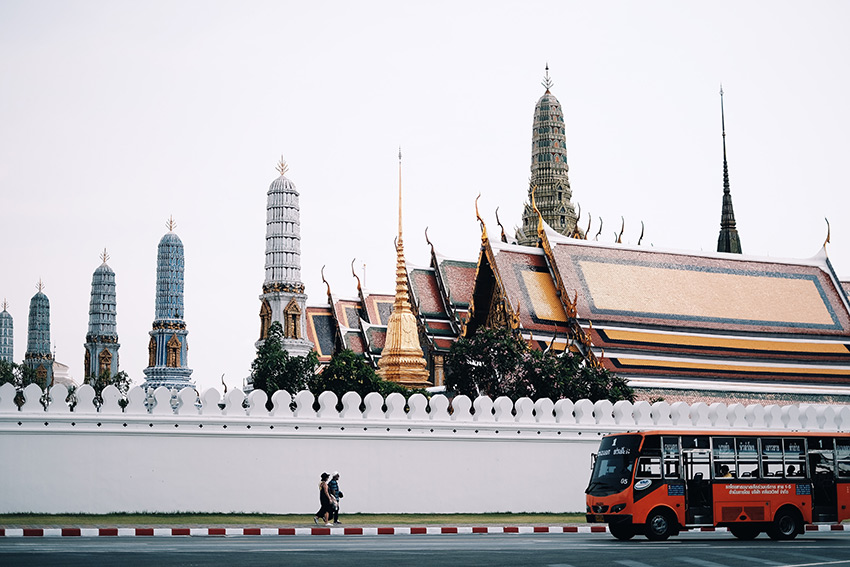 Photo by bady abbas on Unsplash

The Land of Smiles needs no introduction, for no Singaporean is without relatives or friends who often embark on yearly pilgrimages to the sacred Platinum Mall and Chatuchak Weekend Market with a singular purpose in mind — shopping. While nothing is more satisfying than a fruitful shopping trip, there is much more to Bangkok than just clothes and oil massages.

Bangkok is brimming with exciting street stalls and restaurants that serve up amazing authentic cuisine and delicious snacks at relatively cheap price. Wattana Panich, a local street food stall that’s known for serving Thai beef noodles cooked using the same pot of soup that has been simmering ever since the day of opening, 60 years ago. By adding constantly new stock to the pot of soup that has been boiling for over six decades, the thickness and flavour of the soup changes with every visit.

Ever wondered how it feels to live in the hermit nation of North Korea? Have your question answered at Pyongyang Okrya Restaurant, where you can get a taste of authentic North Korean dishes such as Pyongyang Cold Noodles and a slightly more peppery version of Army Stew. Enjoy a bottle of Bog Bilberry Wine after your meal as you indulge in an evening of traditional performance put up by staff of the restaurant! 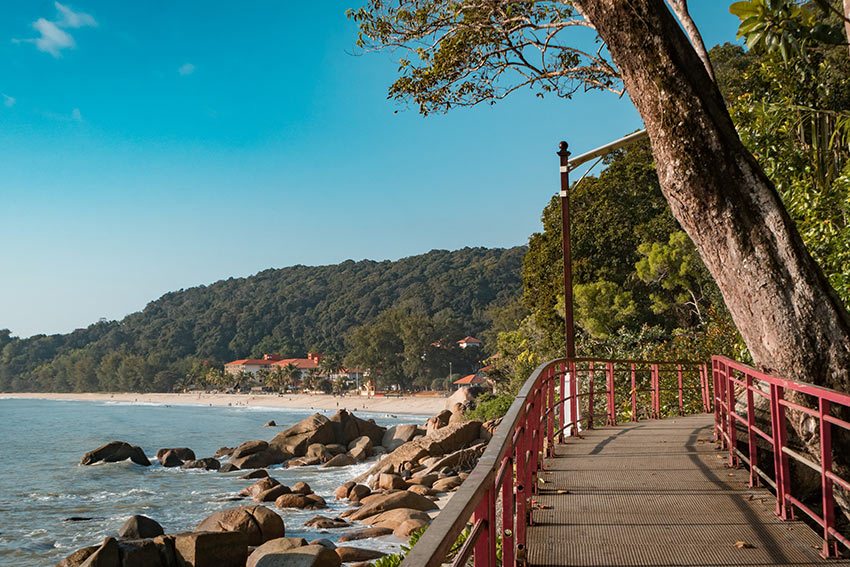 Photo by Ajai Arif on Unsplash

Kuantan has remained one of the hidden gems of Malaysia. As cities like Kuala Lumpur, Ipoh, and Penang come to mind when talking about short getaways, Kuantan has been left out of the itinerary.

With the same amount of commute time required for one to reach Kuala Lumpur, a weekend staycation at the resplendent Parallel Cabins in Kuantan comes only at a fraction of the price. Nestled amid lush foliage and verdant greenery, the floor to ceiling glass window of the cabin provides travellers with front row seats to the Mother Nature show.

Travellers who enjoy a morning hike through the rainforest with the smell of fresh grass still lingering in the air should visit the Rainbow Waterfall (Air Terjun Pelangi) located in Sungai Lembing, a town 42km northwest of Kuantan. The waterfall is home to a magnificent rainbow that appears faithfully on a daily basis without fail between 9am to 10am, apart from monsoon season. A perfect spot for a picnic!

If trees and flowers aren’t your thing, consider a trip to Bukit Panorama, where you would be greeted with an unparalleled view of the sun, emerging from behind the thick fog of clouds suspended above an expanse of gently rolling hills. 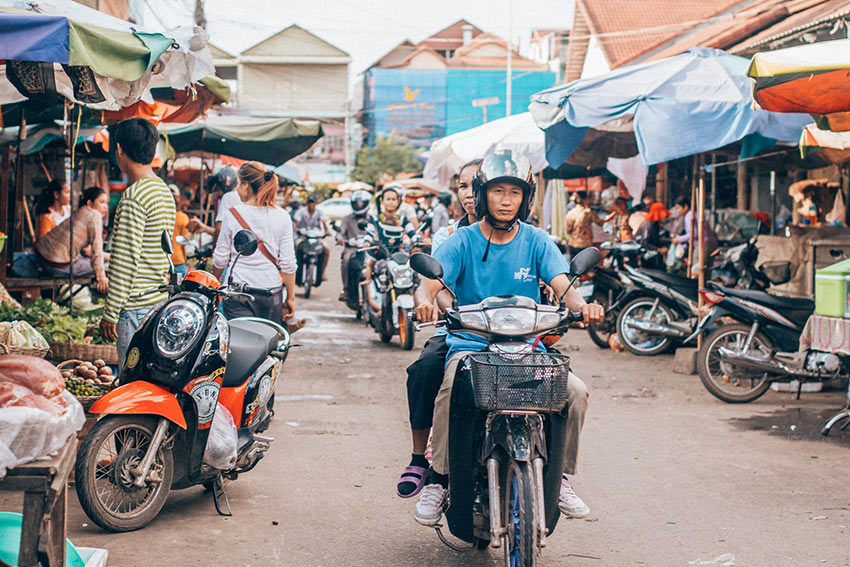 Photo by Humphrey Muleba on Unsplash

When one thinks about Siem Reap, the image of a sprawling AngKor Wat inevitably comes to mind. While the temple is an important piece to understanding Cambodia and the history of the Khmer empire, there is so much more to Siem Reap that’s to be discovered!

For a greater appreciation of the AngKor Archaeological Park, consider hopping on a hot air balloon nearing sunset to enjoy a panoramic view of the complex basking in a warm orange hue. Each trip costs roughly around $120, depending on the time of the year.

No trip to Siem Reap is complete without a visit to the floating villages nestled on the shores of Tonle Sap Lake, where the tightening grip of global urbanisation has yet to be felt. One of the main highlights is the fascinating floating markets, where fruits and vegetable sellers conduct their daily business from wooden boats instead of the usual street stalls. For those looking to learn more about the story behind each of the four floating villages, the Floating Village Siem Reap Tour can be a great way to spend a relaxing afternoon.

When in Siem Reap, make sure to not leave the city without having tried Fish Amok, a dish consisting of freshwater fish fillet steamed with aromatic Khmer curry and banana leaves to the point of a soft mousse-like texture. Adventurous travellers who can’t resist the allure of exotic food, deep-fried insects such as crickets and scorpions are popular street food that make perfect aftermeal snacks. 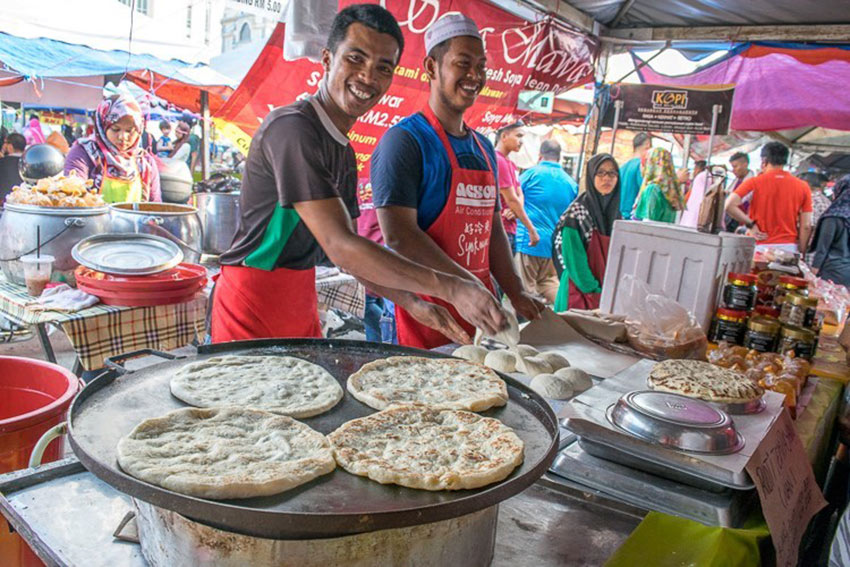 Travellers who share a serious love for authentic Malay cuisine would not want to miss out on what Kota Bharu has to offer. The city capital of Kelantan is home to a large Malay population renowned for its rich Malay heritage that permeates every facet of the community — food, language, lifestyle and architecture.

The slower pace of life in Kota Bahru is a treat for city dwellers. The hustling and bustling often found in larger cities are replaced with an atmosphere of pleasant tranquillity. The streets are filled with a mix of motor vehicles, pedestrians, bicycles, and a few old trishaws constantly on the lookout for wide-eyed tourists.

One of the main attractions of the city is the Central Market where practically everyone goes for shopping. Traders can be seen arriving at the break of dawn to set up their stalls, carefully displaying fresh local produce lugged from home while smoking away at their hand-rolled cigarettes. As breakfast time draws near, the market comes alive with pockets of friendly debates breaking out all across the marketplace between overly-enthusiastic shoppers and slightly irritated traders.

Lastly, if learning about the history of a destination intrigues you, make sure to visit the iconic Royal Museum for a greater taste of Kelantan history. 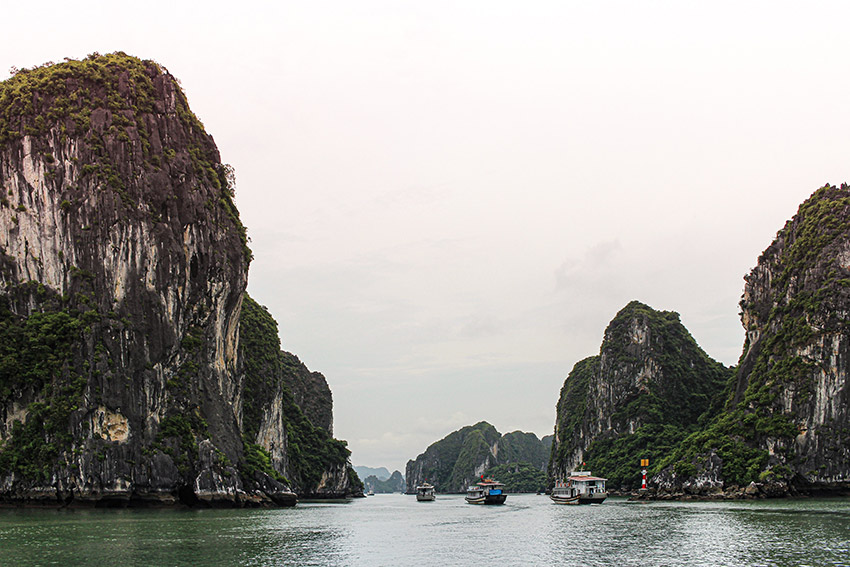 Photo by Thanti Nguyen on Unsplash

Historically a major port city in northeastern Vietnam, Hai Phong now serves as a transport hop between the bus from Hanoi and the ferry to Cat Ba Island or Halong Bay.

Known as the “The City of Flame Flowers”, flame flowers trees decorate the streets of Hai Phong with vibrant pops of red that came to characterize the city. Having retained some of its colonial appeal, Hai Phong is home to a bundle of well-preserved colonial-era buildings that would make for good photo spots.

While considered more by many to be a pit stop rather than the dream destination, the city is not without its charm. Home to numerous temples, shrines and pagodas, Hai Phong teems with cultural and religious tidbits that provide visitors with a greater insight to the city’s history. One of the main attractions of Hai Phong is its plethora of festivals, with Do Son Buffalo Fighting Festival arguably being its most famous. Buffaloes engaged in fierce battle for the favor and blessing of the Water goddess, what’s not to like?

Like many urbanizing cities in Vietnam, Hai Phong has a thriving cafe scene that’s bursting at the seams. With tables spilling out of the shops and onto the pavements, people-watching is quickly becoming a local pastime.

For those who choose beer over coffee every chance they got, grab a pint, kick back and enjoy the rest of the night at the T-Pub Craft Beer Station. Be it a malty crisp-tasting Lager or a hoppy IPA, the first craft beer bar in Hai Phong has the beer that would satisfy even the most astute drinkers.