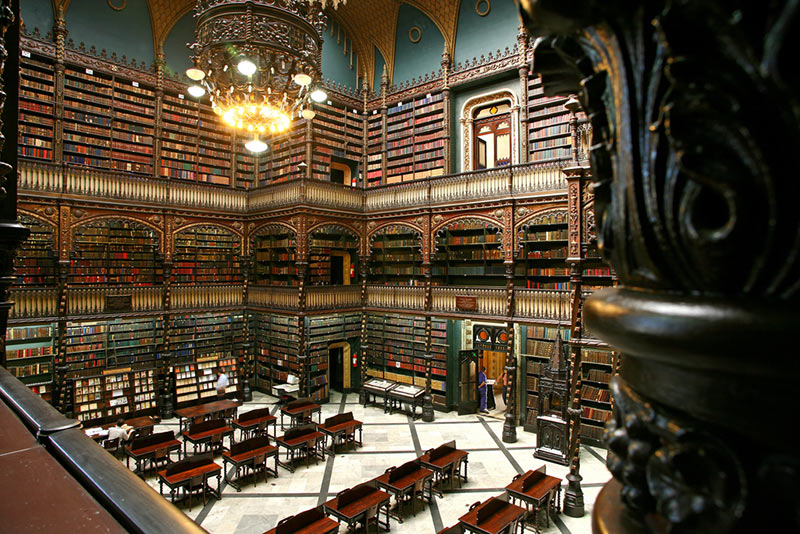 Far into the distance, three black and imposing boulder-like structures perched upon the hill, looming over the city and its populace. At first glance, the picture aptly describes the secret hideout of a supervillain bent on world domination.

Parque Biblioteca Espana, a library park situated in the Santo Domingo Savio neighbourhood of Medellin that was once considered one of the most dangerous places in Latin America, is an award-winning architectural marvel by Colombian architect, Giancarlo Mazzanti. At the heart of the library park stand three asymmetrical, interconnected buildings from which the ground surrounding the structures extends into the neighbourhood via footpath and roads constructed to make the library easily accessible.

More than just a repository of knowledge, Parque Biblioteca Espana plays a crucial role in the city-wide regeneration project that sought to provide services and conduct cultural activities for its people and travellers alike. Visitors may choose to spend the afternoon immersing themselves in fascinating books about Latin America, or simply take a relaxing stroll in the park and enjoy the afternoon breeze with a packed sandwich for lunch.

Tip: Visitors who wish to save some time on walking can choose to take the Medellin Metrocable at the Santa Domingo stop on Line K. The view from the Metrocable has been reviewed by many to be stunning. 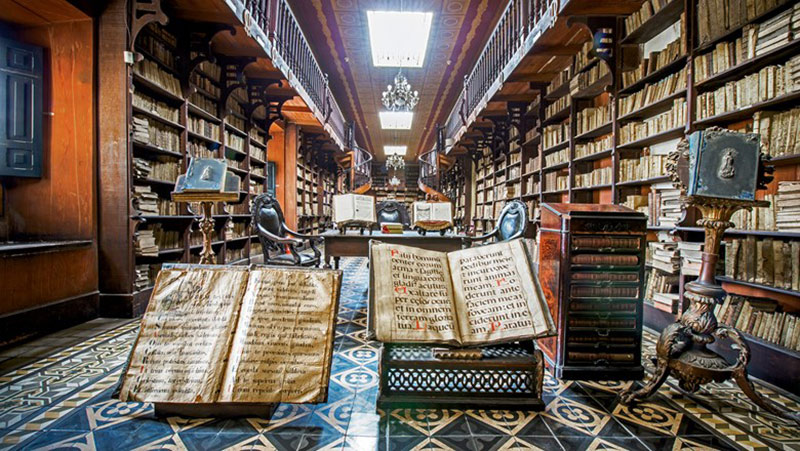 If antique text and nightmare-inducing catacombs fall within your area of interest, the San Francisco Monastery is right up your alley. Known as the Historic Centre of Lima and a UNESCO World Heritage since 1991, San Francisco Monastery is home to one of the oldest libraries in South America. The library holds a respectable collection of roughly 25000 books covering topics such as Theology, History, Music, Literature, and Canon Law to name a few. Some of the most notable works amongst the vast collection are the first Spanish dictionary published by the Royal Spanish Academy and the 13 paintings of the biblical patriarch Jacob and his 12 sons in the refectory.

Deep in the belly of the catacombs are the remains of approximately 25000 people, each consigned to a different final resting place. Religious authorities, administrators, and benefactors were assigned special places in the Catacombs, while commoners were relegated to mass graves in deep pits with rounded brick walls. Though visitors are only allowed to visit parts of the crypts which contain bones arranged in an eerie fashion according to concentric patterns. It is also believed there existed hidden passageways that led to the Cathedral and the Tribunal of the Holy Inquisition.

Receiving an average of 150 visitors on a daily basis, the Royal Portuguese Reading Room has often been overlooked and omitted from many travellers’ itineraries. Established in 1837 by Portuguese immigrants wanting to promote culture throughout the community living in the Brazilian Empire.

The Royal Portuguese Reading Room in Rio Janeiro feels like a scene out of a high budget old school movie; large galleries with floor to ceiling wooden bookcases containing volumes of history and forgotten tales of the last few centuries, written for the benefit of posterity. The stained-glass dome, adorned with an elegant chandelier and rows of dark brown balustrades, emanating the quiet opulence that so defined the Neo-Manueline style.

Among its huge collection of 350000 volumes are both national and foreign works of extreme rarity. The “princeps" edition of Os Lusíadas of Camões, and a manuscript of the comedy "Tu, só tu, puro amor" by Machado de Assis are just a few of the notable works.

Avid readers and history buffs looking for an afternoon of tranquillity will do well to pick up a tome and dive headfirst into the history of glorious conquests and atrocious machinations that have shaped our modern world in imperceptibly profound ways. 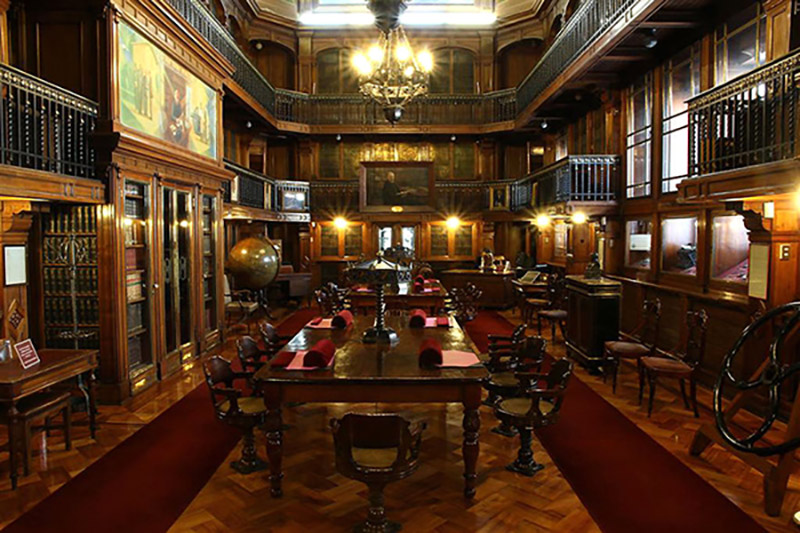 Libraries are time devices that unlock the mysteries of the past. Within books are lessons of the past, echoing into the present as those before us impart invaluable knowledge to men and women under the relentless barrage of memes and celebrity gossips.

The Chilean National Library (Biblioteca Nacional de Chile) is the epitome of architectural beauty and wisdom. Considered as one of the most beautiful libraries in the world, it is home to an extensive collection of rare books and valuable manuscripts that date back two centuries. Found among the collections are works by famed authors such as Andrés Bello, Claudio Gay, and Diego Portales. Its lush interior spans two storeys, connected by grandiose marble staircases embellished with elegant sculptures that look almost too lifelike.

Visitors strolling through the spacious rooms lined with vintage books are akin to being transported back in time; the walls providing refuge to the historical texts from the ravages of time. When visiting Santiago, individuals with a deep appreciation for all things history and architecture would do well to take some time out to visit this extraordinary institution for a different experience from their usual shopping sprees in the Alonso de Córdoba neighbourhood.

When missing from his workstation, Josiah can often be seen reading on his favorite IKEA beanbag tucked away in the coziest corner of the house. Rumour has it that he makes desperate attempts to buy the affection of his dog with expensive treats when nobody's home.