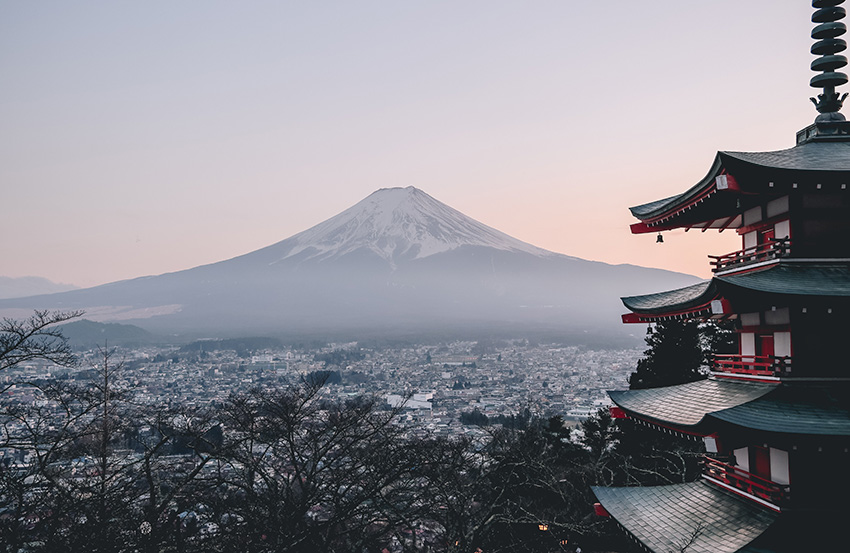 Surrounded by gently rolling hills, a magnificent meadow opens up before your eyes as you cruise down the winding road with windows down, allowing the summery whiff of wood and grass to fill the interior of the car.

That is what awaits every traveller looking to venture out of the urban jungle.

Having received more than 30 million visitors in 2019, Japan has been experiencing an unprecedented travel boom which led the nation to see a 5x increase in the number of visitors in the past decade.

After several trips to multiple ginormous flagship stores and Ichiran Ramen, travellers yearning for experiences beyond the metropolitan glitz and glam of Tokyo are starting to turn their gaze towards the natural grandeur of the countryside.

Time to pick your route! 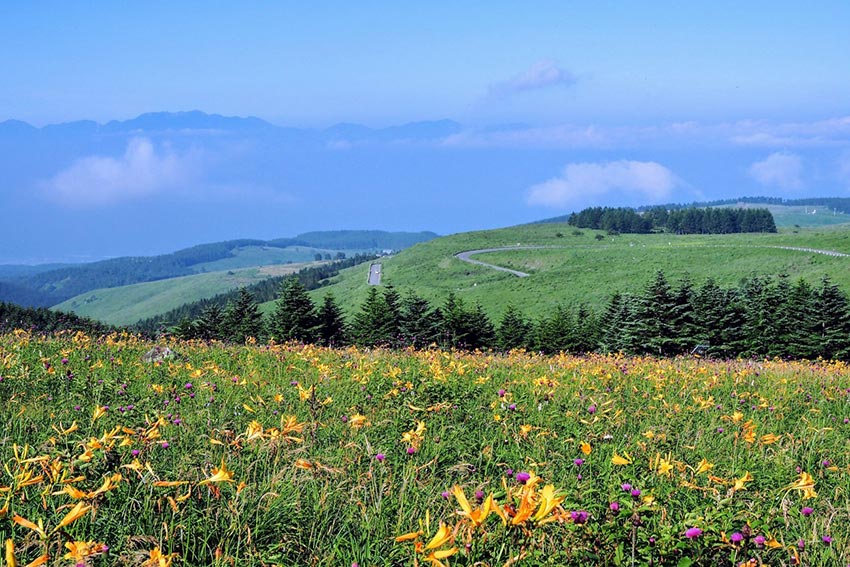 Extending from Chino City to the Utsukushigahara Highlands, driving through the highlands in Nagano Prefecture is an absolute treat for lovers of nature. Flanked by what seem like endless lush pastures peppered with myriad species of flowers, the 70jm long road known as “Venus Line” is one of the most ideal routes for those looking to spend an afternoon basking in the glory of mother nature. 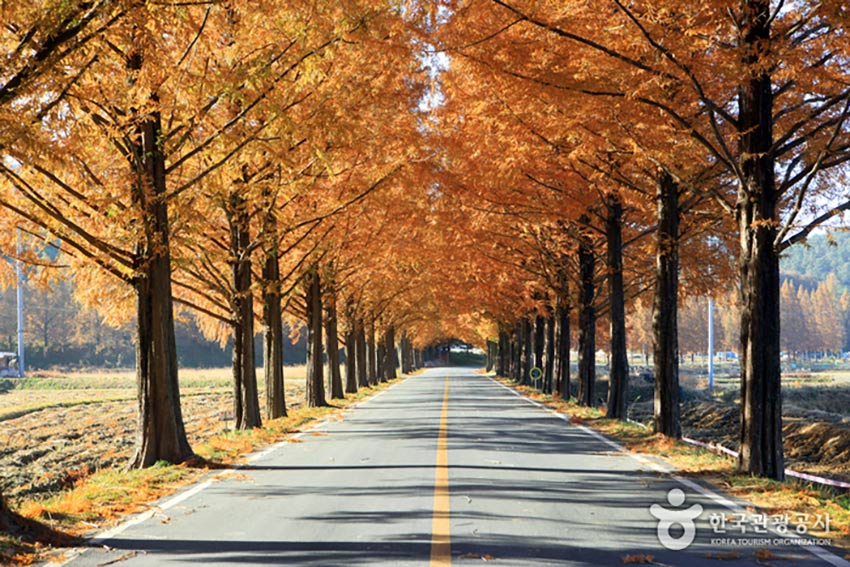 Situated in Shiga Prefecture, the 2.4 Km long road is among the “Top 100 Tree-lined Streets of Japan”. Each Metasequoia tree towers over passing vehicles as its leaves shed lively green for autumnal hues as Fall approaches. Standing at approximately 35 metres, the trees stretch their branches and leaves, shading travellers from the blazing heat during summer, making the drive a cool and pleasant one. Your once in a lifetime opportunity to snap a photo with your romantic partner as you pretend to be the lead actor and actress in your favourite Korean drama. 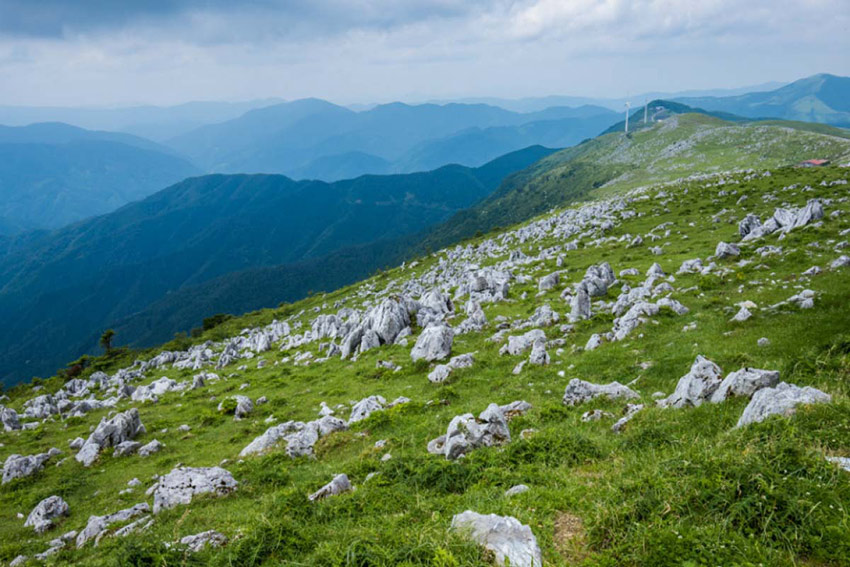 As the largest Karst in Japan, the Shikoku Karst’s driving road meanders through the regal mountain range, spanning 25 kilometres at approximately 1300 metres altitude. After spending some time ascending the hills, you will arrive at Tengu Plateau, with Tengu-no-mori(Tengu Forest) at its peak. Cattle roaming the meadow without a care in the world is a sight that induces a strange sense of calm mixed with a tinge of envy. Perhaps being a cattle surrounded by idyllic plains isn’t all that bad. 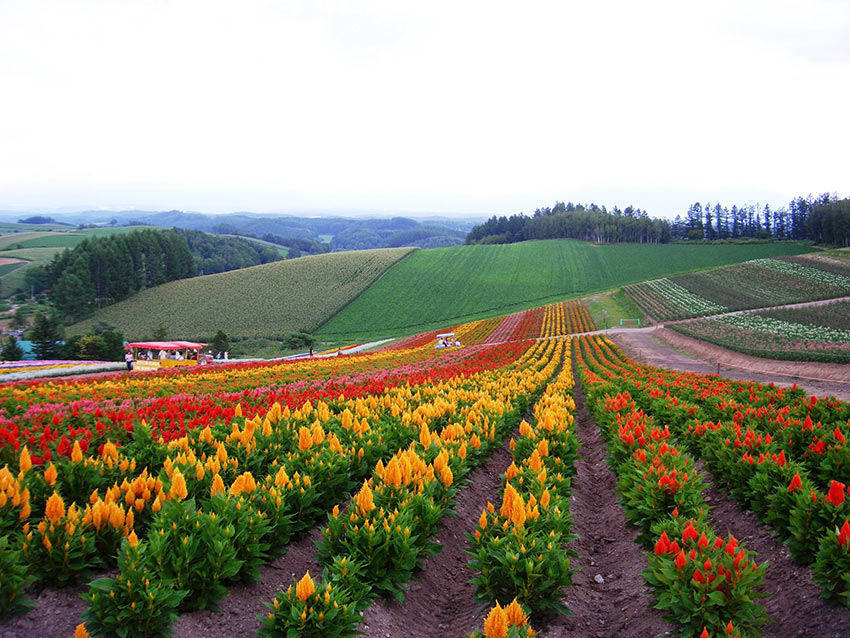 A popular choice among advertisers, Biei’s crop fields and hills have been featured in numerous commercials and advertisements. Square crops of vibrant colours resembling patchworks are bound to captivate every traveller cruising down this 14km road. Drivers who find their attention arrested by this hypnotic view are advised to stop by the road for a short break as they gaze at fields of flowers undulating in the wind, bending playfully against the magnificent backdrop of Mt Asahi and Tokachi mountain range. 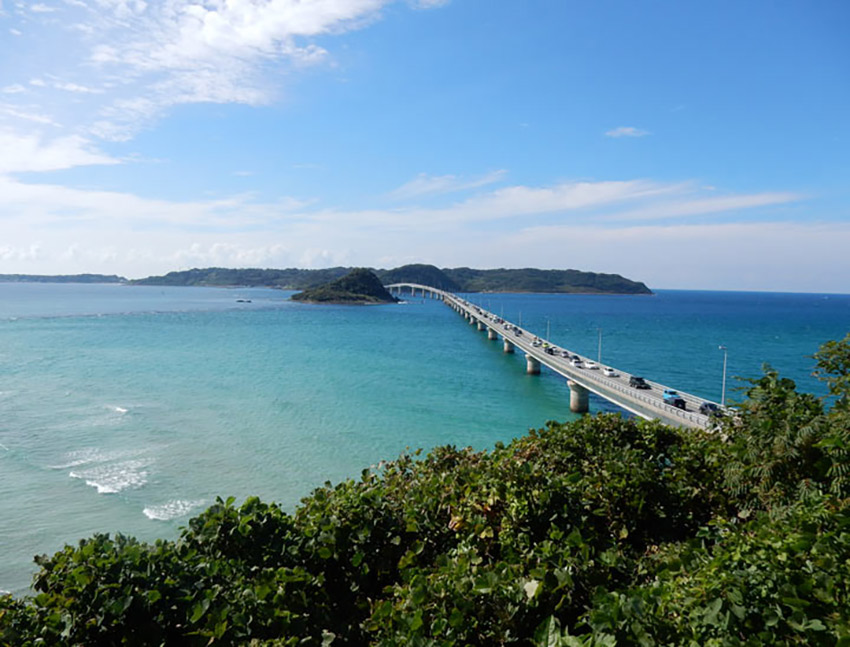 Lush greenery breaking the cobalt blue horizon is a breathtaking sight afforded to every traveller cruising on the Tsunoshima bridge. Spanning from the main island to Tsunoshima island is Japan’s second longest bridge; boasting an incredible view with its straight length that curves at the end. Beach-goers will be elated to know that the Shiokaze Cobalt Blue Beach awaits, ready to greet each visitor with its soft white sand and clear blue waters.

Driving in unfamiliar places can be daunting,

Even seasoned roadtrippers will encounter car and direction troubles every now and then. Hence, we have included links to resources such as car rental and driving assistance services that would alleviate the anxieties of travellers, especially first-time roadtrippers.