4 Seriously Strange Places To Explore In 2020 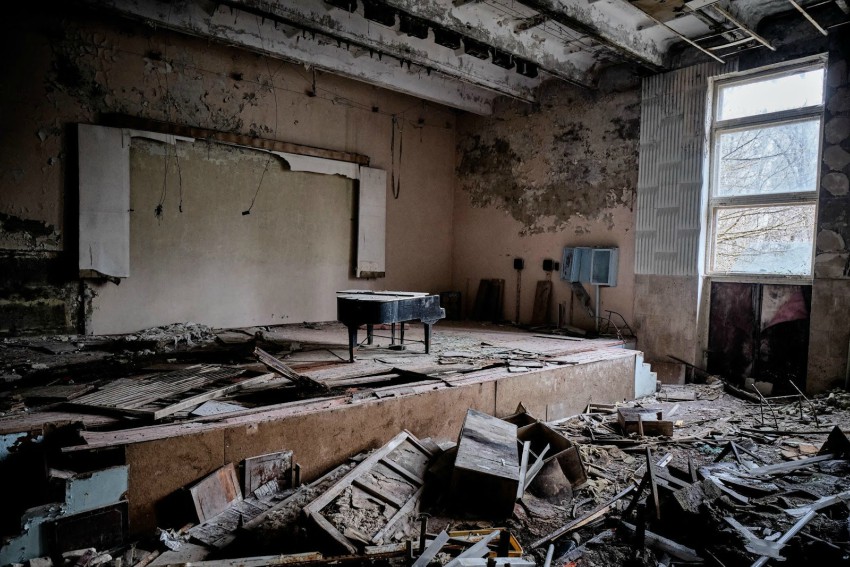 Most people alive today would have heard about the Chernobyl Nuclear disaster; one of the most catastrophic nuclear-related incidents recorded in human history. Three kilometres away from the No.4 reactor that exploded, is Pripyat, a city of 49000 founded in 1970 for housing the workers of Chernobyl. Pripyat was one of the most stunning and affluent cities in the Soviet Union before being forced to evacuate on April 27 due to the danger of radiation poisoning.

The city has remained relatively the same as the day of the evacuation, allowing travellers to catch a glimpse of how life used to be in Pripyat prior to the disaster. Though a palpable air of sadness still lingers in the air, there exists a derelict beauty in the abandoned buildings and empty parks; a vestige of a once prominent and thriving city under the rule of a Superpower. For those intrigued by places with unfortunate events carved into their history, visiting the closest town involved in the Chernobyl disaster is almost non-negotiable.

One of the most famous locations is the old and clanky Ferris wheel situated in the Pripyat Amusement Park, typically known as the Park of Culture and Rest. Its iconic yellow cabin resembling seats held by two large metal bottle caps is just one of the many attractions available in the park. Following the popularity of the HBO award-winning series, Chernobyl, the Ukrainian government has officially announced for the site to begin operating as a tourist attraction.

Tip: It is important to note that as Pripyat falls within the Exclusion zone, visitors planning a visit will be required to book a guided tour. 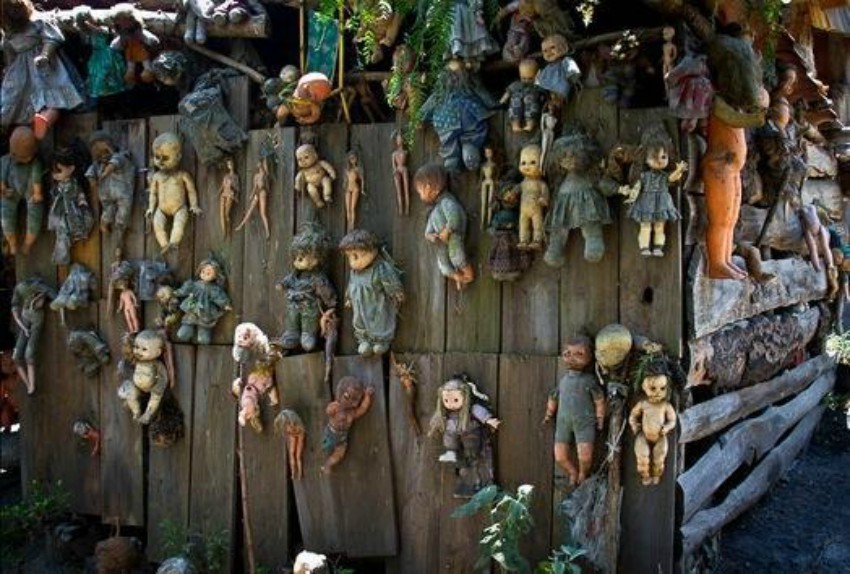 Photo by Natalia Diaz via Manadica

Not all Unesco World Heritage Sites are recognized for being architectural marvels, for some are awarded for bringing something unique to the world. Isla de Las Munecas, commonly known as the “Island of the Dolls”, is one of such places.

On the tiny island are hundreds of deformed and sinister-looking dolls hanging from trees, some fully intact while others spotting a missing limb or two. The mystery of the missing limbs is quickly solved by the severed arms and legs scattered sporadically among the grass, a sight that sends an ominous chill down the spine of the bravest travellers.

It is hard to imagine one would even consider staying the night, moreover taking up residence in a place such as this. Yet, the chimampa was once home to a now-deceased man, a recluse named Julian Santa Barrera. It is important to note that the dolls were later additions to his new residence. After chancing upon the dead body of a girl in a nearby canal, he started collecting toys and displaying them all around his home in the hopes of warding off any evil that may have latched onto him.

Though how effectively did the dolls perform their duty is highly questionable, as it was rumoured that Julian Santa Barrera’s body was found lying face down in the river by his nephew - at the exact same spot where the girl’s body was discovered.

Tip: The island is accessible by boat, which travellers could take from the piers nearby. It is recommended that travellers depart from Xochimilco’s Embarcadero Celada, as the pier has a wide variety of boats to choose from and is relatively close to the island.


As there are many counterfeit islands around, it’s important to note that it takes roughly 1.5 to 2 hours to arrive at the real island. Travellers are to keep a lookout for an island of dolls fenced up and shrouded in black shade cloth, which would serve as an indication that they are on the right track. 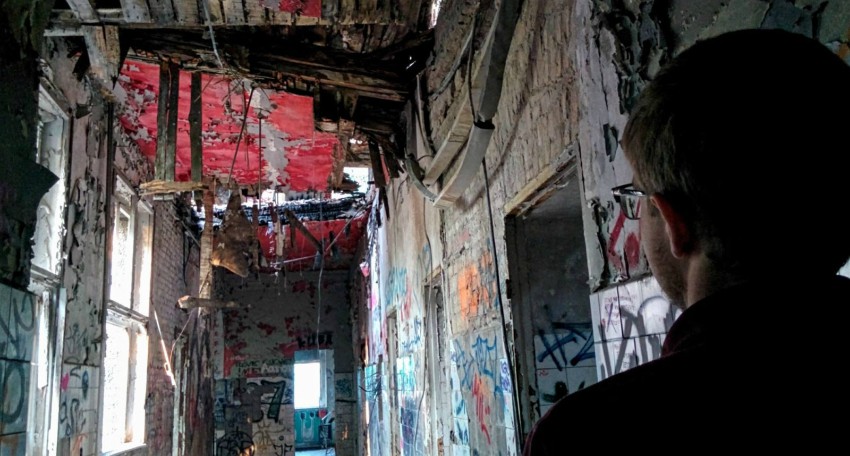 Established in 1911, the pediatric hospital was constructed to answer the growing concern surrounding the increased mortality rate among young children. The decrepit facility is situated in a surprisingly accessible area, which explains its popularity among local photographers and vandals who are looking for backdrops for their latest artwork. Barricaded by an easily penetrable fence that requires little effort to surmount, it is no wonder it is one of the first places recommended to individuals craving for some adventure. Those who aren’t particularly worried about structural integrity should definitely check out the facility, albeit with great caution, especially when traversing the upper floors.

The hospital consists of several large buildings that served as accommodation for its patients, each floor connected by battered staircases and walls that are embellished with cracked paint and graffiti that do not belong to the same time period. Traversing the halls might be a terrifying ordeal for those with a vivid imagination, as voices seem to emanate from the far end of empty corridors and hallways that are just hidden from view.

That said, when exploring with caution, visitors to the hospital are being treated to an extraordinary piece of decaying history that would soon be erased from the grounds of Berlin. 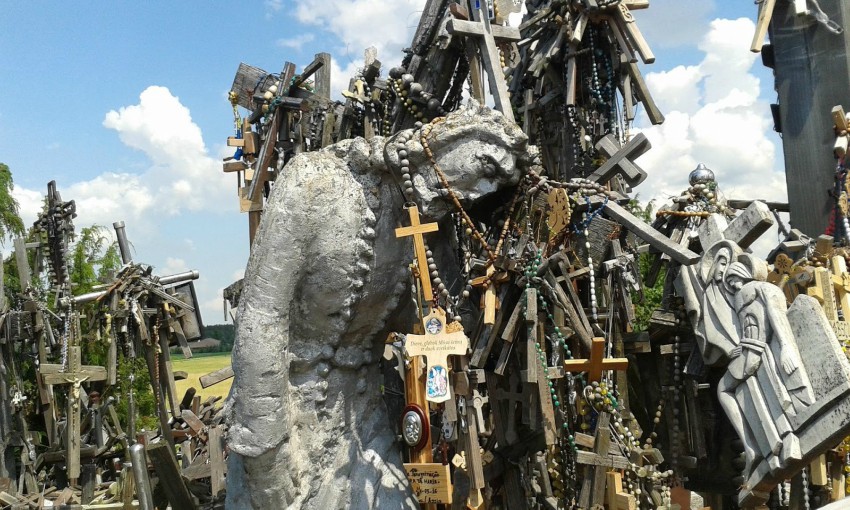 Photo by Emilia Merecka-Kułak from Pixabay

As a symbol of Lithuanian pride and identity, the Hill of Cross is made up of 200000 wooden crosses plunged deep into the grounds of a small hill 12km north of the city of Šiauliai in Northern Lithuania. Thousands of crosses and crucifixes piled-up on and beside one another; rosaries chime in the wind as the sound of crosses clashing against one another could be heard from a distance.

Since the 14th century, citizens were known to express their desire for independence by placing crosses on the hill. The hill also famously became a place of defiance during the peasant uprising and the Soviet occupation. Relatives of the deceased, with no bodies to bury, started erecting crosses on the hill in remembrance of the dead. Although it was considered forbidden for Lithuanians to erect crosses and crucifixes, many continued to do so in spite of the danger. It’s interesting to note that the hill was bulldozed twice by the Russians, the people persisted on its importance and rebuilt it every single time.

Besides its historical significance, the hill harbours yet another origin story, one more mythical in nature. It was believed that a white-clothed lady appeared to a Lithuanian farmer whose daughter was extremely sick, and advised him to erect a wooden cross on a nearby hill so that his daughter would be healed. He heeded the advice and found his daughter in good health upon his return. Since then, the hill has drawn many to plant crosses, in hope of having the same miracle happen to them.

Regardless of the means in which the hill came into existence, the Hill of Crosses remains a testament to the strength of the Lithuanian people, for forces greater than they have tried to level the hill, but the people’s will endured and they prevailed.