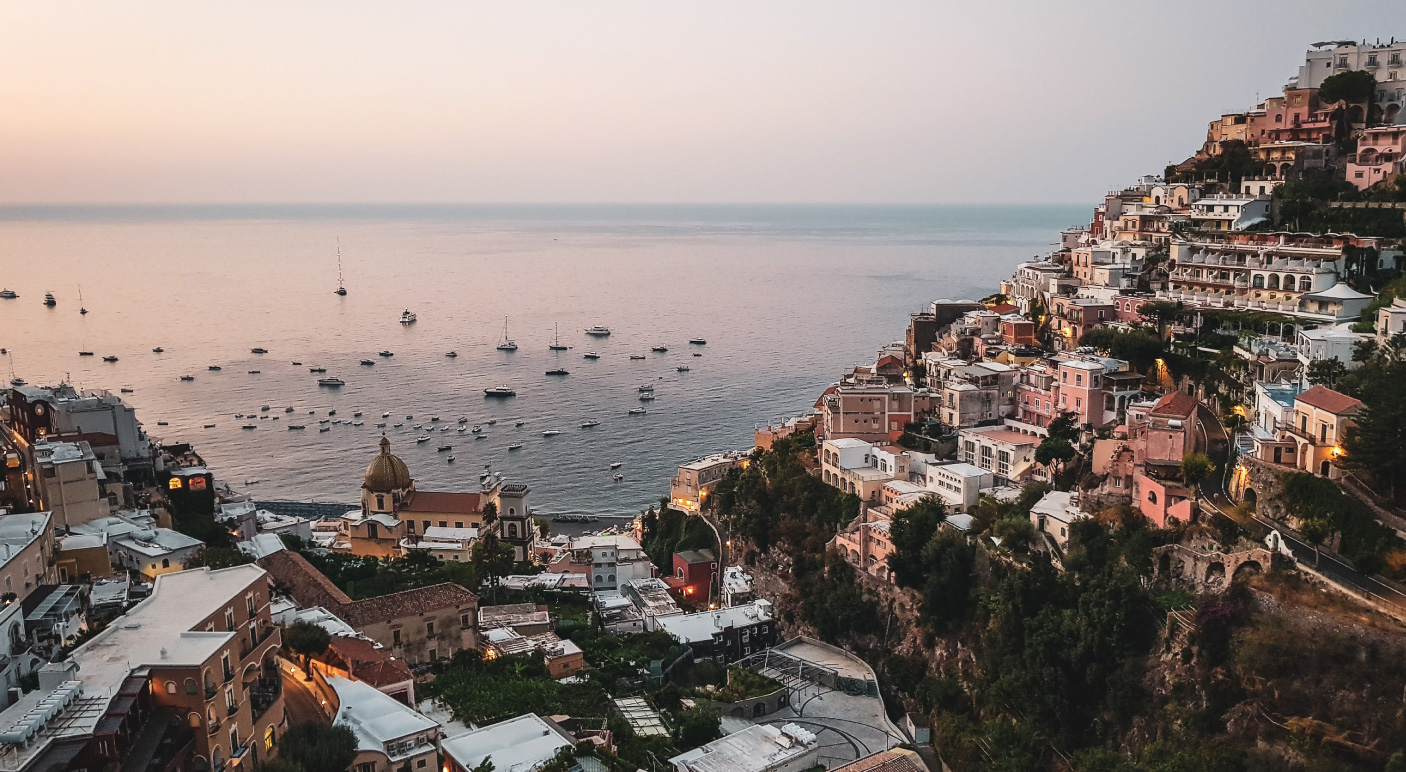 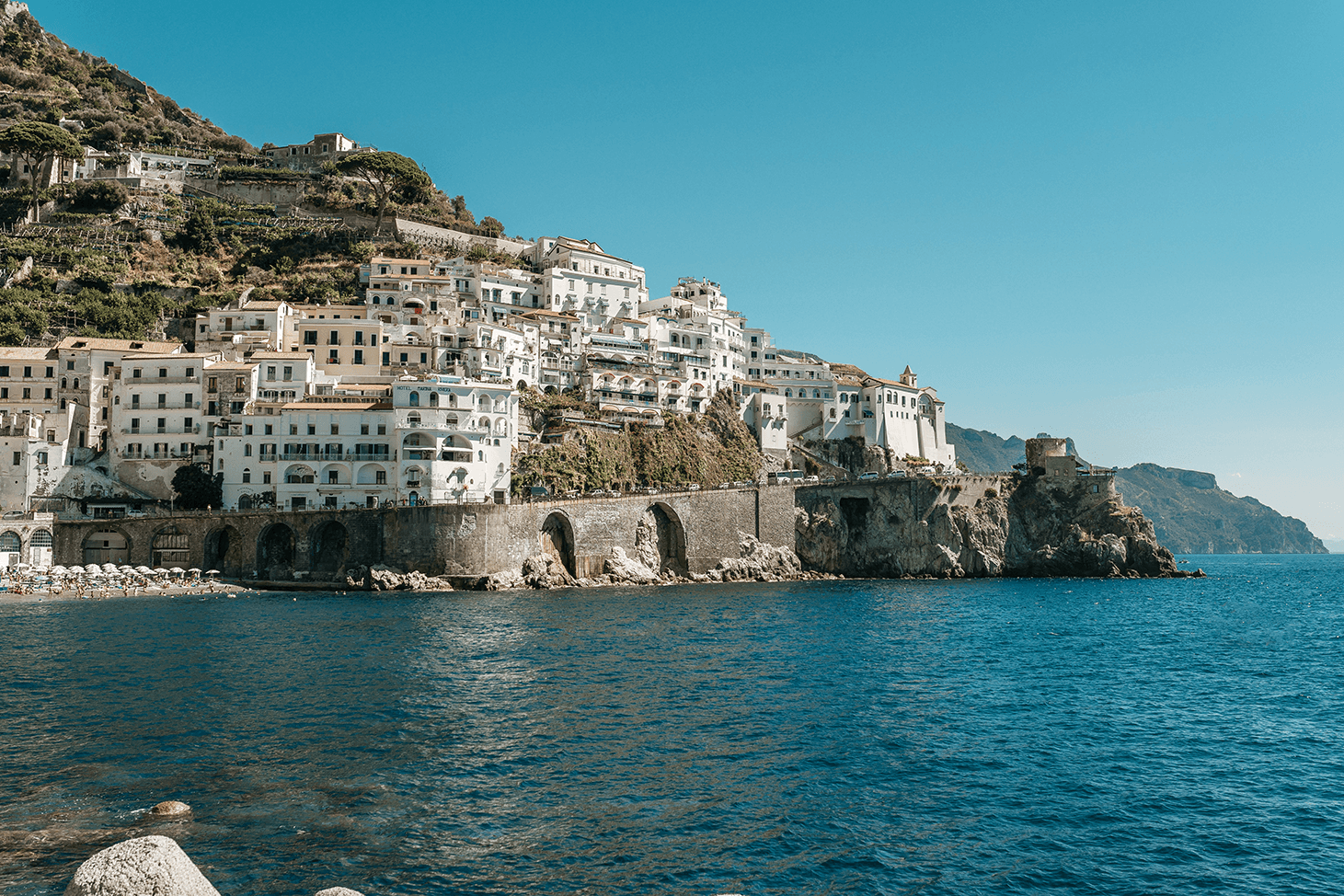 Tucked away in the corner of southern Italy is Amalfi, a gorgeous small town overlooking the Tyrrhenian Sea. Over time, like bacon, eggs, and England, the entire region has become synonymous with the town itself. Sandwiched between the mountains and the sea, Amalfi is a treasure trove of historical landmarks and nature sights. If this is your first trip to Amalfi, we recommend spending a day or two exploring the town and its rich history. It’s going to be worth it, we promise.

At the heart of the town lies Piazza del Duomo Amalfi, where tourists and locals gather to dine and shop. Beyond the plethora of restaurants and retail stores, the cathedral square is also where monuments such as the famous Fontana Sant’Andrea and Duomo di Amalfi can be found.

Probably the most iconic attraction in town. Duomo di Amalfi is a 9th-century Roman Catholic cathedral which has since been remodelled and embellished with Byzantine, Gothic, Romanesque, and Baroque elements. The cathedral includes the adjoining Basilica of the Crucifix and the Crypt of St Andrew, in which lies the remains of the patron saint. While the duomo is largely a product of the 17th-century, it’s still worth a visit if you’re a history buff or simply intrigued by antiquity.

Right outside the Amalfi Historic Centre sits another significant landmark, the Fontana Sant’Andrea - a marble Baroque-style fountain featuring the apostle with four cherubs and a nymph at his feet. Unlike most fountains, locals and visitors are welcome to have a drink and fill up their bottles with water from the fountain. During the feast of St Andrea, the procession that runs through the town to the beach begins at the fountain.

Farther up the main street is where you’ll find another noteworthy attraction - the Paper Museum. An ancient mill dating back to the 13th-century, the museum showcases ancient machines and techniques that led to the creation of paper.

At the height of its power, Amalfi dominated the Mediterranean trade routes alongside Venice, Pisa, and Genova. Much of the town’s architecture has been designed to protect its citizens from rising threats. Meandering alleys and passageways form a labyrinth that leaves potential attackers confused and lost. Walking through the alleys, you’ll find secret courtyards, balconies, hotels, and shops that offer a glimpse into the city’s past.

Fritto misto, or “mix fried” is a dish composed of a variety of seafood that’s been lightly battered and deep-fried. Unlike most deep-fried food, Fritto misto will not leave you feeling nauseated due to the light batter and quality of the ingredients used.

Where to try: Da Gemma

Perched by the sea, it’s no surprise Amalfi’s most notable cuisines are seafood-related. The most famous being the Scialatielli ai frutti di mare, a pasta dish made with an assortment of the freshest seafood and homemade scialatielli pasta, tossed with white wine and extra virgin oil.

Where to try: Al Cancelletto

A dainty brioche-like cake soaked in rum and enjoyed with a dollop of whipped cream, the origin of the Baba al rum e is a contentious one. While some argue that the dish was invented in Naples, many believed its creator to be King Stanislaus, the Polish King exiled to the French town of Lorraine in the 18th-century. For travelers with a sweet tooth, I can think of no better way to end a satisfying meal. 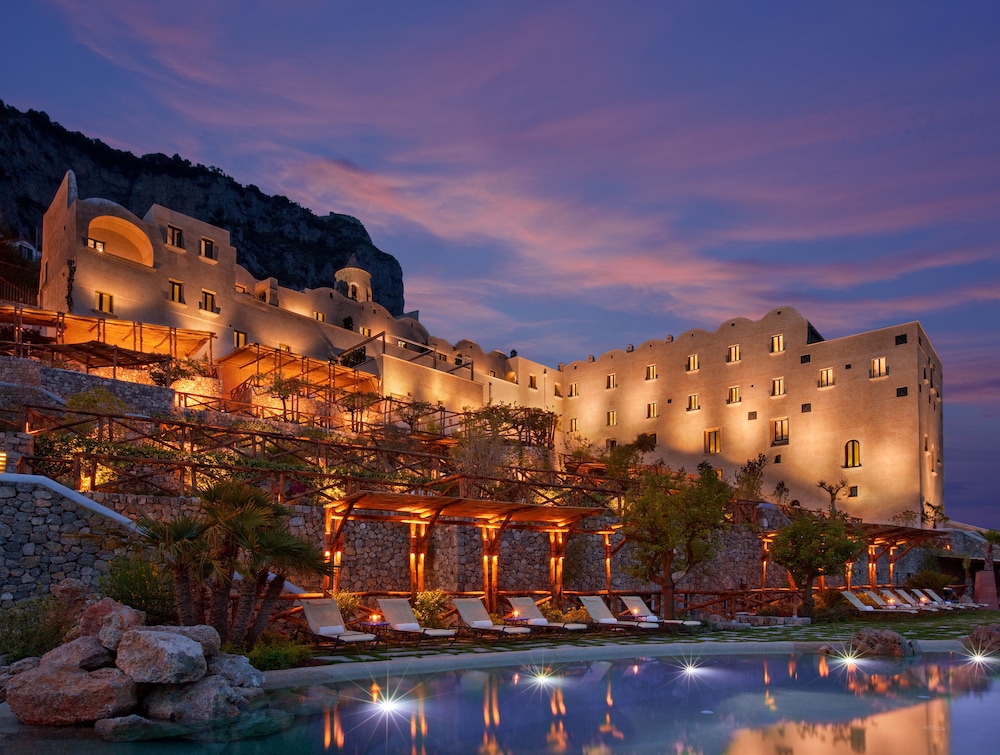 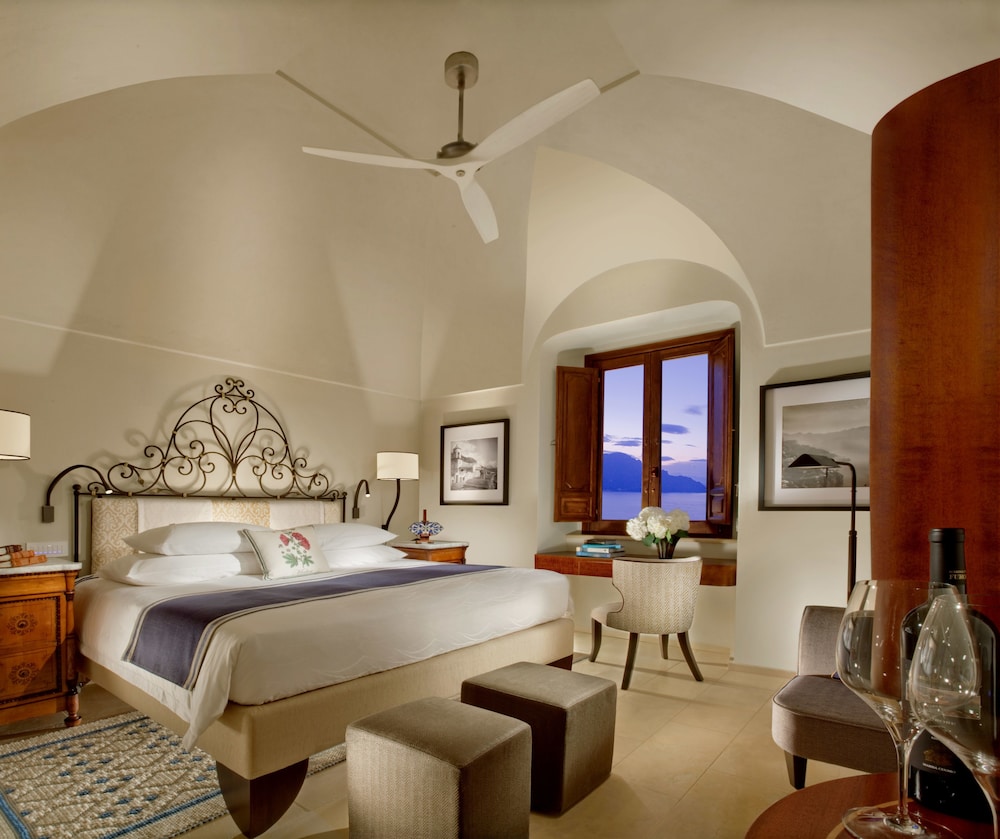 Perched on a cliff overlooking the Amalfi Coast, Monastero Santa Rosa is a private retreat with a front-row seat to the Tyrrhenian Sea. A former monastery that dates back to the 17th-century, much of the structure has been preserved, allowing the stone exterior and vaulted ceilings to echo the its sacred heritage. Within its walls is a delicate blend of past-meets-present: 17th-century antiques can be found next to abstract artwork and handpicked Italian-sourced furniture. Stepping outside, a gorgeous vanished-edge infinity pool blurs the boundary between sky and sea. For travellers enamoured with history and creature comfort, Monastero Santa Rosa will check all the boxes. 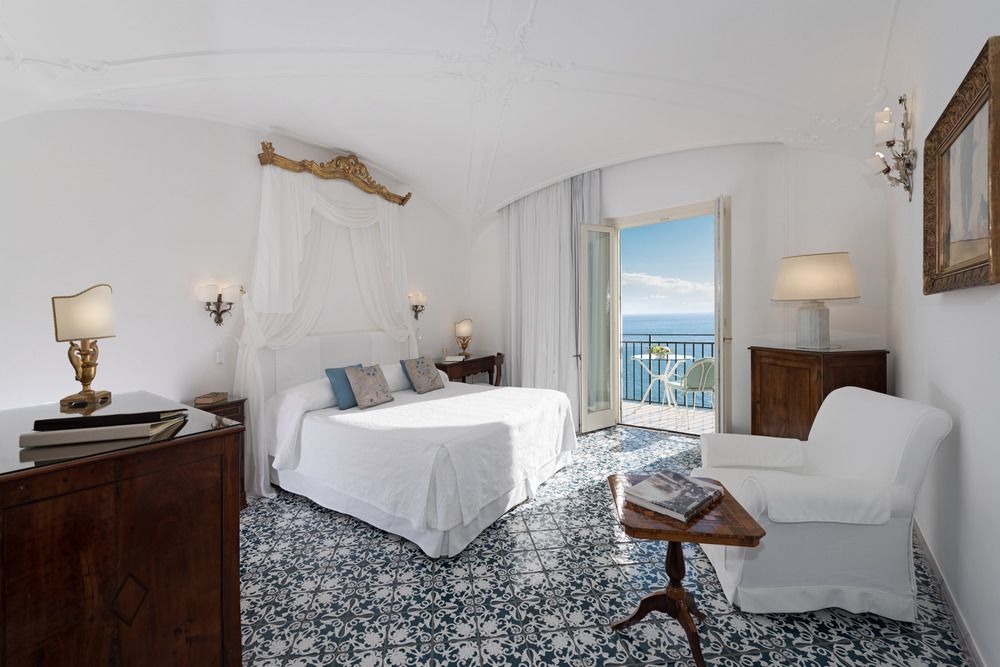 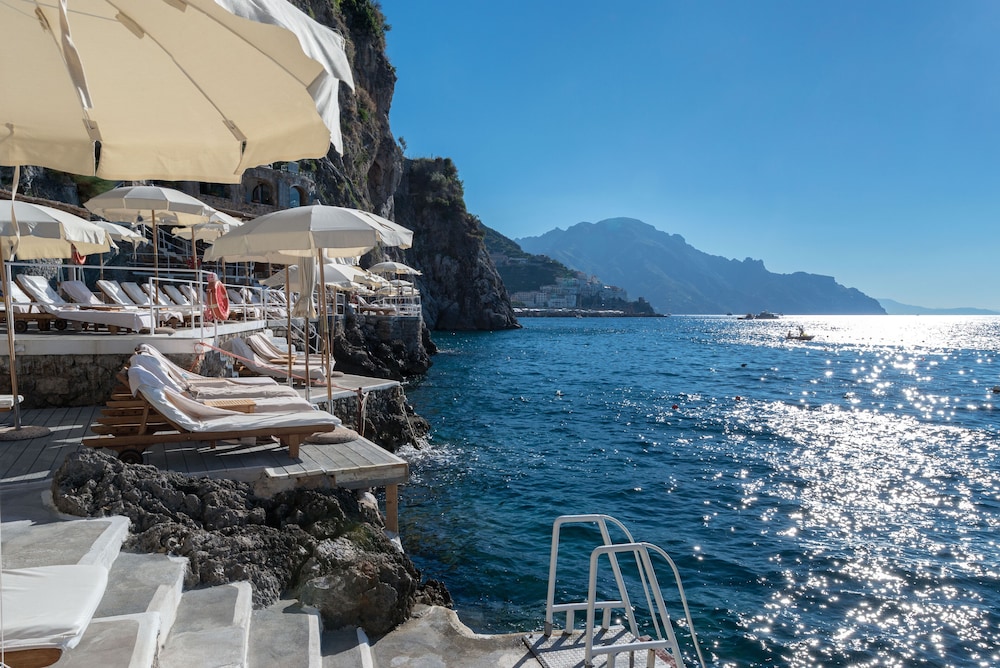 Hotel Santa Caterina is a luxurious 19th-century hotel located outside the town of Amalfi. Opened as a humble guest house, Hotel Santa Caterina stands as one of Amalfi’s oldest grand hotels. From century-old gardens to rustic pergolas, every corner of the hotel exudes an old-world charm that would sweep you off your feet. While replete with beautiful antiques that would make every history buff squeal, you do not want to miss a ride on the glass elevators that cut into the cliff as they plunge down towards a private club complete with a gorgeous saltwater pool. Due to its convenient location, Hotel Santa Caterina is perfect for first-time travellers looking to visit Ravello, Positano, or Capri.